Home Featured Is This Pharma Company Setting Up for a Big Move?

This biopharmaceutical company developing next-generation programmed T cell therapies for the treatment of cancer could be gearing up for a big move to the upside. The company’s current clinical-stage pipeline comprises five programs…

The company recently announced a new deal with Moderna (MRNA), in which MRNA could use some of AUTL’s proprietary binders in new cancer therapies. AUTL also recently announced that its experimental CD19 cell therapy, AUTO1, achieved 100% remission in patients with relapsed indolent non-Hodgkin lymphoma in an early-stage study.

As of the most recent quarter, the company had $216 million in cash, compared to only $19 million in long-term debt. Over the past three years, sales have grown an average of 31.8% per year. However, sales are expected to fall 16.7% year over year in the current quarter.

The stock also appears very overpriced with a price-to-sales ratio of 112.85, which is well above the industry average of 12.2. AUTL was showing bearish momentum from December through May, but performance has been mixed since, as seen in the chart below.

Take a look at the 1-year chart of AUTL below with my added notations: 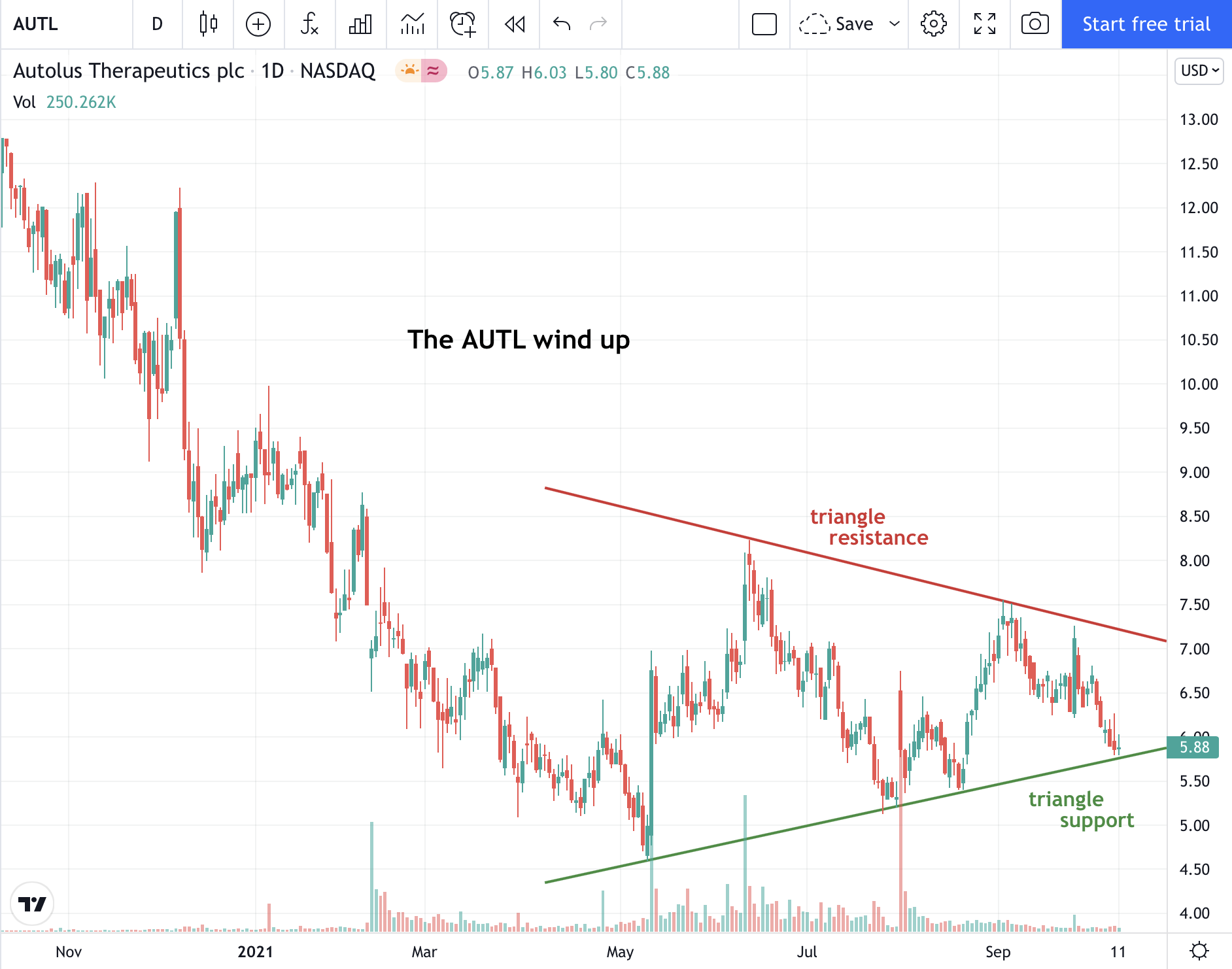 Chart of AUTL provided by TradingView

AUTL is consolidating within a common chart pattern known as a symmetrical triangle. A down trending resistance (red) combined with an up-trending support (green) forms the triangle pattern. Since there is no true way to…