The gains are even more exciting in gold miners. The gold miners ETF (GDX) is up 155% since it bottomed on March 16. Individual miners have even more impressive gains…

At today’s gold prices, nearly every miner is profitable, so each additional gain in the gold price goes straight to the bottom line.

A major factor driving gold higher is that the US dollar has been weakening due to the economy’s momentum stalling. This is evident from the Weekly Employment Pulse provided by the Census Bureau. After three months of job gains, it looks like there will be job losses in July. 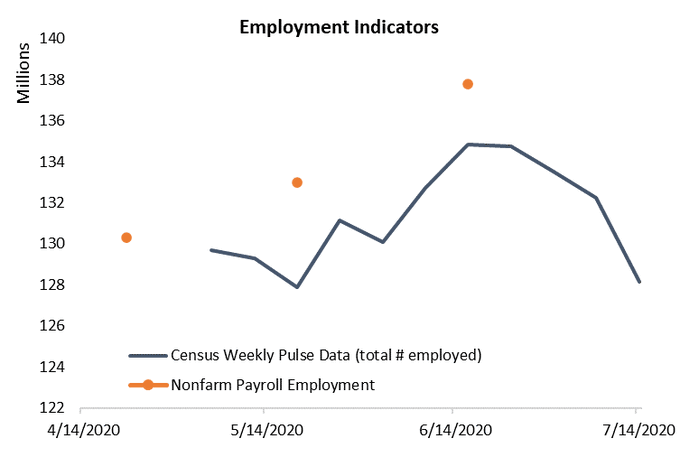 Further, July has made clear that there’s still a tradeoff between economic activity and the virus’ spread. In many areas, state and local governments are putting in various restrictions. And, the public is venturing out less, on their accord, which is apparent in TSA travel data and restaurant reservations.

The recovery in economic growth is already rolling over, and any efforts to rekindle it, risks the virus’ spread getting worse. In terms of the real economy, it means that real interest rates will trend lower which is bullish for gold. 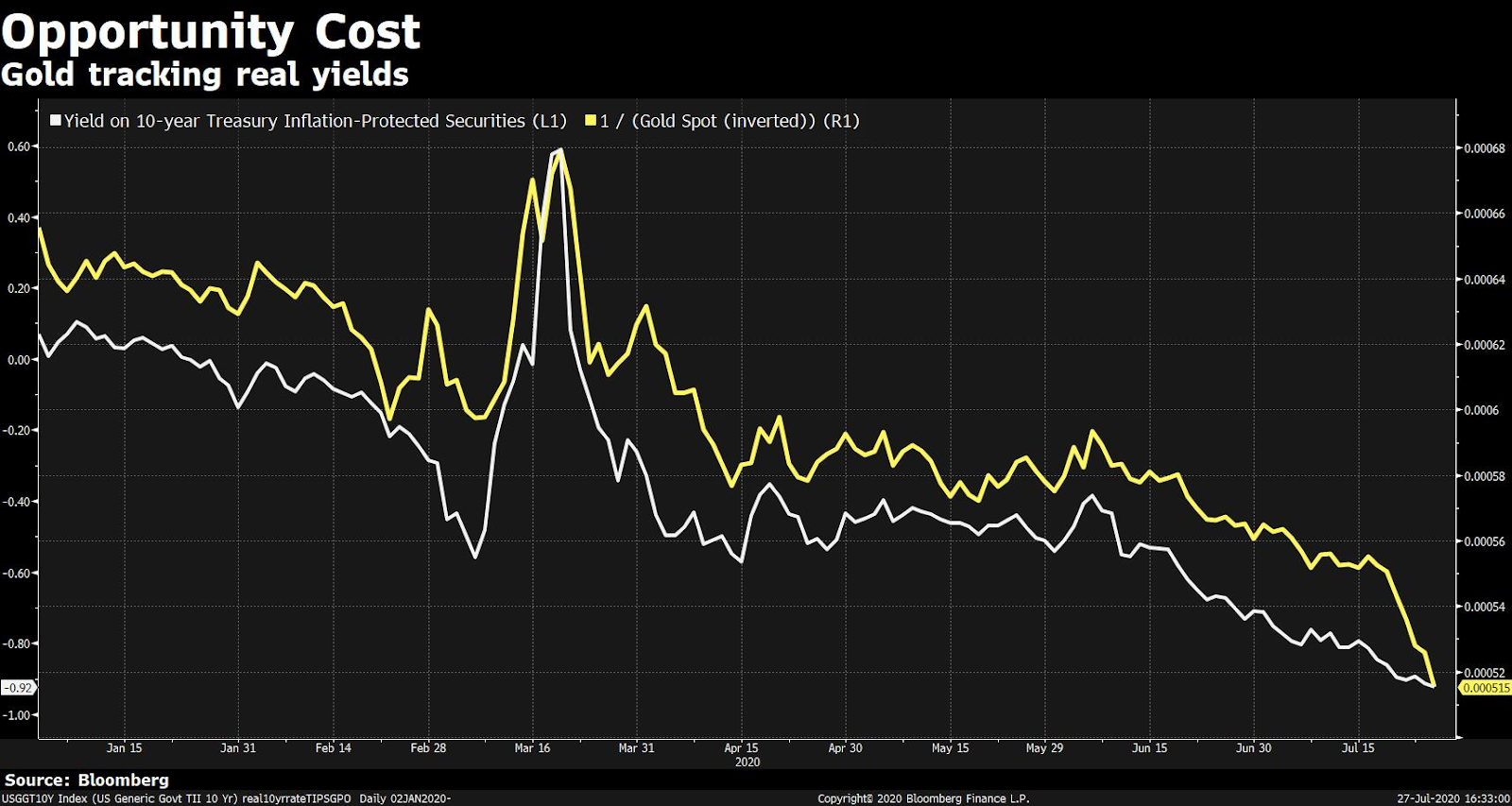 The only thing that could interrupt gold’s momentum in the short-term is if the dollar catches a bid. The most likely way this would happen is if economic growth starts ticking higher which would lead to interest rates starting to move higher, and the Fed taking its foot off the accelerator.

There are several striking parallels between the current situation and the last time that gold prices made new, all-time highs. In both instances, the US economy emerged out of a devastating recession, and monetary policy was at full aggression with the Fed using new tools to ease financial conditions.

The Fed’s tools were sufficient to keep the real economy from falling into deflation and preventing a recession, but they weren’t successful in terms of generating enough economic growth that would lead to a full-on recovery. However, they were very impactful in terms of inflating asset prices like gold, stocks, and bonds.

One difference between these two periods is…