It is a bumper week of U.S. corporate earnings and one that will tell us more about the devastating impact of coronavirus on the economy…

However, former Goldman Sachs hedge-fund manager Raoul Pal said the dollar was the world’s “biggest problem” and that the signal to sell equities was coming soon.

He said the narrative that the Fed printing money would causes a dollar collapse was “very wrong.”

“Dollar swap lines, QE, jawboning, etc. have done nothing to stop this,” he added in a post on Twitter.

He said no printing of money — by the Federal Reserve — would solve what he described as a “structural” problem. “All attempts to create more money to solve the dollar standard issue tend to devalue all fiat versus gold. Gold is rallying on debt deflation probabilities.”

And that brings us back to velocity of the money that the Fed is printing… it is plummeting and that is crowding out the weakest borrowers, in this case EM FX. This is the very essence of a DEBT DEFLATION. 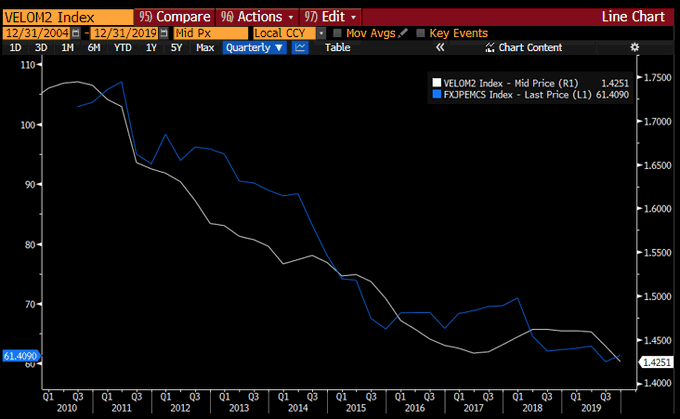 This year alone has been a blood bath of currencies versus the USD. 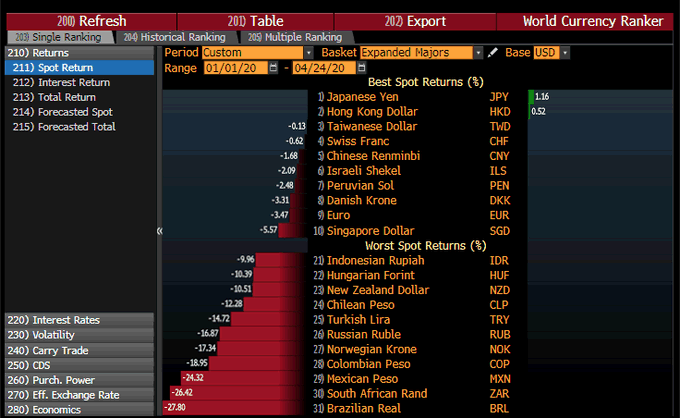 131 people are talking about this

“My guess is that the next debt deflation signal will come when bonds begin to price in negative interest rates. That day is coming soon… and that will be the signal to sell equities and the insolvency phase will begin.”

Bitcoin will be part of the equation but has yet to make any serious move against this backdrop. Its time will come… 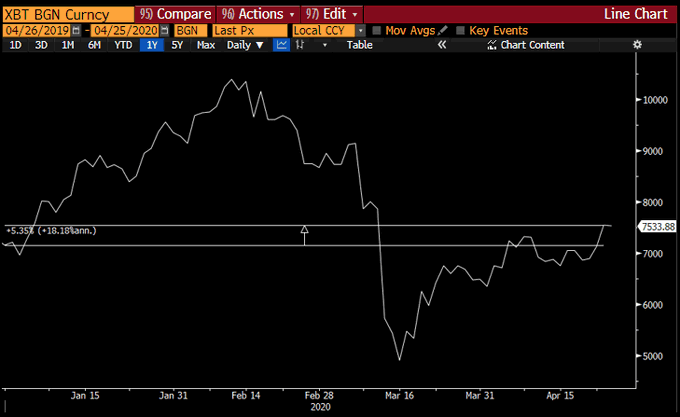 My guess is that the next Debt Deflation signal will come when bonds begin to price in negative interest rates. That day is coming soon… 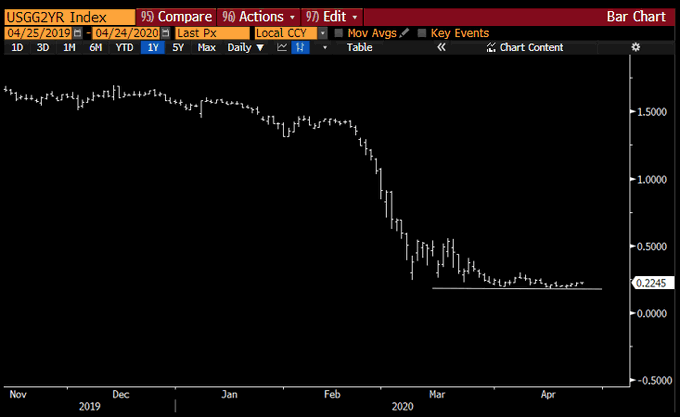 130 people are talking about this

Investors are giving companies a…