Home Featured Coronavirus: The hit to the global economy could be worse than SARS

The new coronavirus outbreak will be worse for the global economy than the 2003 SARS epidemic was, data analysis firm IHS Markit predicts.

While both outbreaks originated in China, nearly two decades separate the SARS outbreak from the new coronavirus outbreak. In that time…

China has grown from the world’s sixth-largest economy to the second biggest today behind the U.S. The country has been a main growth driver worldwide, with the International Monetary Fund estimating that China alone accounted for 39% of global economic expansion in 2019. 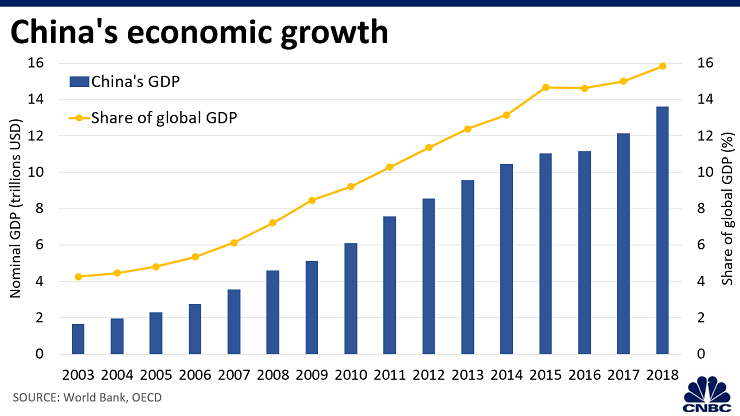 “Coronavirus will have a larger negative effect on the global economy than the SARS outbreak in 2003,” IHS Markit wrote, adding that China accounted for 4.2% of the global economy in 2003. The report says China now commands 16.3% of the world’s GDP. “Therefore, any slowdown in the Chinese economy sends not ripples but waves across the globe.”

SARS, which stands for severe acute respiratory syndrome, first emerged in China’s Guangdong province before spreading to other countries. The virus infected about 8,000 people, claimed almost 800 lives worldwide and shaved 0.5% to 1% off China’s growth in 2003, according to various estimates.

Though estimates vary, economists say that the SARS outbreak in China cost the global economy about $40 billion.

Most of the economic cost of the outbreak, though, “is not related to the virus,” said CEO of the World Travel and Tourism Council Gloria Guevara, who was the tourism minister for Mexico during the H1N1 outbreak. “It’s related to the panic.”

The long-term economic impact of the new coronavirus outbreak will be determined largely by China’s containment measures, IHS Markit’s report says. The Chinese government has quarantined Wuhan, the epicenter of the outbreak, and, by IHS Markit’s count, 11 provinces have extended the Chinese New Year holiday to keep workers at home and prevent the spread of the virus.

“If the current and unprecedented confinement measures in China stay in place until the end of February, and are lifted progressively beginning in March, the resulting economic impact will be concentrated in the first half of 2020,” the report says, “with a reduction of global real GDP of 0.8% in Q1 and 0.5% in Q2.”

If China ends those restrictions on Feb. 10, as is currently scheduled, the impact on the global economy will be much more limited, the report says. Most factories in China would be closed around this time for observance of the Chinese New Year, which is factored into expectations. However, the report says the outbreak threatens to severely hamper several industries, especially automotive manufacturing.

“The 11 Chinese provinces which have announced an extended holiday period are normally responsible for over two thirds of vehicle production in China,” the report says.

Employees with Ford Motor and Fiat Chrysler who are able to do so are working from home this week, while production at both automakers’ plants is…